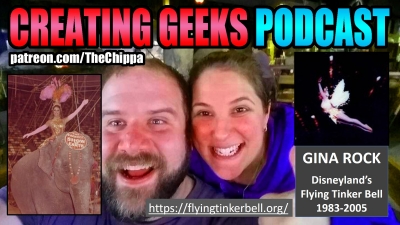 Gina had the pleasure of being interviewed by Professional Mechanical Engineer Chris Chipman and his wife Sarah on their podcast Creating Geeks. She was able to talk more about her time in the circus with this interview than she has on previous ones.

Click on this link HERE to stream the episode, or you can look up "The Chippa Made This" on your podcast app. Chris has several podcasts that share the same channel name.

You can also listen to the interview on YouTube.

Tink's Countdown To The Castle 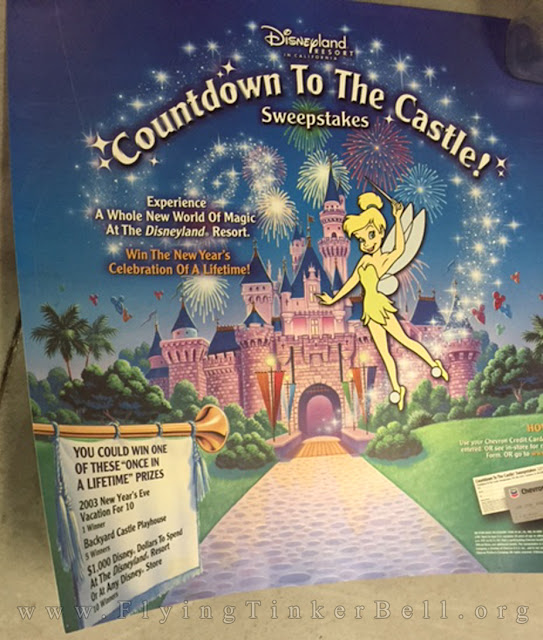 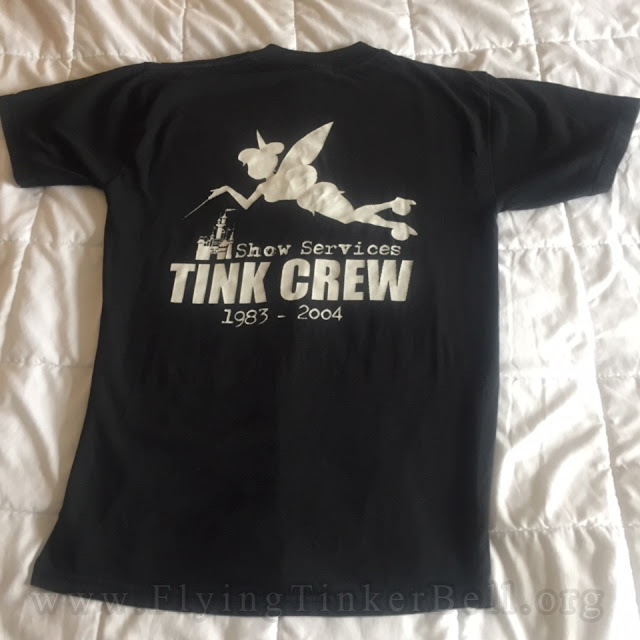 Gina showed me this T-shirt that she has from her time as Tinker Bell. She said that she was proud to work with her crew for over 21 years. Gina and her crew used to give each other end of the season gifts every year. One of her crew members designed this T-shirt for every one in 2004. Gina still takes it everywhere with her as she treks from state to state for her Disaster Recovery work.
Gina has a new podcast interview for 2020 coming in a few weeks. She will be recording this week with the Creating Geeks Podcast. 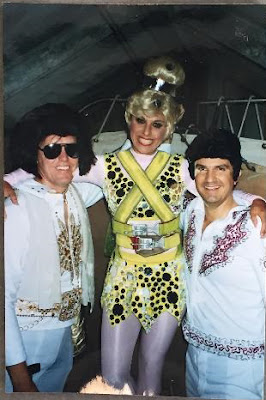 Sometimes the Cast Members of Tinker Bell's team would surprise her by dressing up at the receiving end of her flight. On this particular night, they were dressed as Elvis. This was her favorite of their costumed appearances. In the background, you can see the mattress used for Tinker Bell to crash into.
If you would like an autographed Tinker Bell photo or an autographed Tinker Bell Trading Pin, please visit her website www.FlyingTinkerBell.org all the money from her sales this month will go to USO.

Tinker Bell Has Flown Away 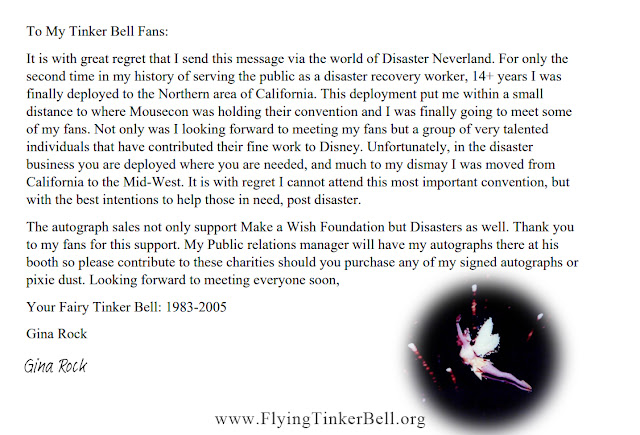 I am sorry to say that Gina can not make it to Mouse-Con now. Her work with FEMA has deployed her to the middle of the US to assist after a flood. She is very upset that she can't make it back to California to meet everyone at Mouse-Con this year, no one can stop Mother Nature. She has to go where she is needed. -Joshua Shaffer
If you were planning on meeting Tinker Bell at Mouse-Con this year, here are the links to order an autographed PHOTO or autographed Tinker Bell PIN. 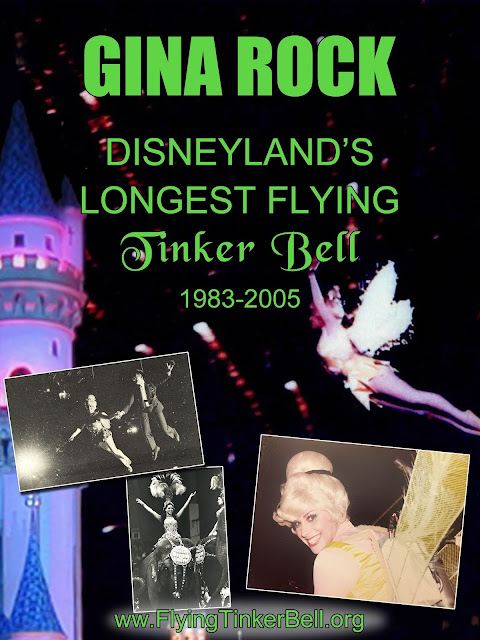 Gina will be attending her first convention on November 3, 2019, in Concord California for Mouse-Con. She will have a booth to meet with people and to sign autographs. At some point in the day, she will be speaking on a panel about her time as Tinker Bell.
Plan on coming to Mouse-Con to stop by and say hello.
Remember, if you ever saw Tinker Bell fly during the fireworks between 1983-2005, it was her.
For more information about Mouse-Con, please visit their website. www.Mouse-Con.com/home.shtml
To learn more about Gina and her time as Tinker Bell, or to get an autograph, please visit her website www.FlyingTinkerBell.org 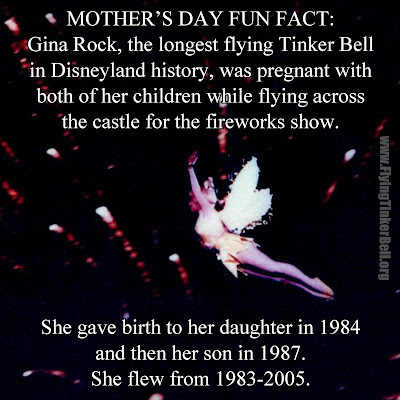 MOTHER’S DAY FUN FACT:
Gina Rock, the longest flying Tinker Bell in Disneyland history, was pregnant with both of her children while flying across the castle for the fireworks show. She gave birth to her daughter in 1984 and then her son in 1987.

Because her doctor was concerned for her safety while being pregnant, he had Gina's mother go to the top of the Matterhorn to inspect the harness set up and fitting to approve it for flight. The doctor respected her opinion because she had worked with doctors for so many years. She said Gina would be safe to fly until she was 4 months along. Both times she was pregnant coincided with the downtime of the fireworks flight. With her second pregnancy, she got a doctors note to give the okay to Disney for her to fly. Disney didn't fly Tink in the winter time.
Gina said this was her favorite Disney magic, becoming a mother.
She flew from 1983-2005.
If you would like an autographed Tinker Bell photo or an autographed Tinker Bell Trading Pin, plea…
Post a Comment
Read more
More posts